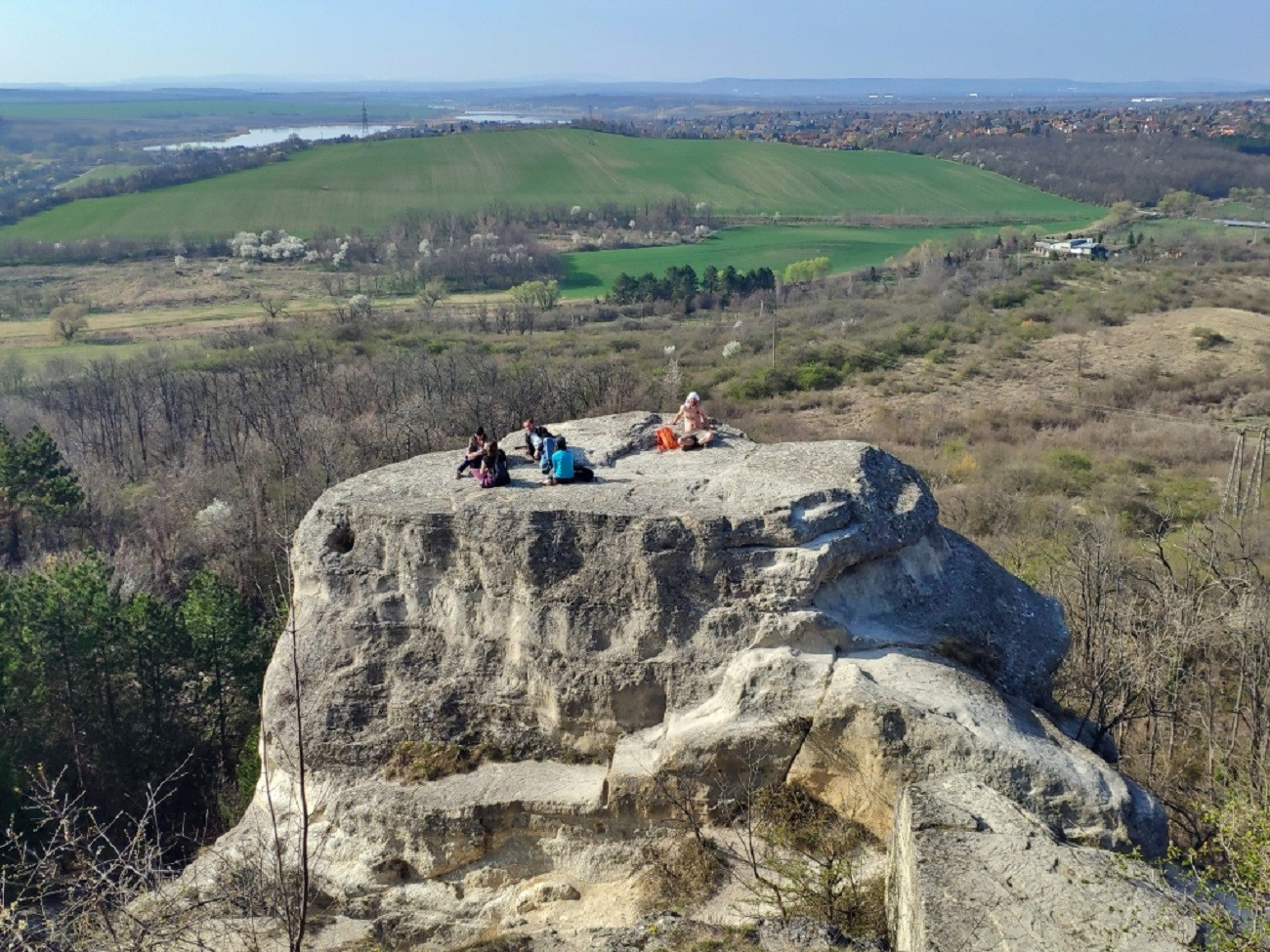 We are in Biatorbágy, not far from Budapest on the edge of the Tétényi plateau, where we can find a natural monument of national significance, also an excellent scientific and tourist destination. Nyakas-kő is a must-see attraction, a true natural treasure. In the protected natural area of the Buda Hills, Nyakas-kő is one of the best examples typical of the Badenian and Sarmatian period formations. The huge column-shaped rock is a geological value formed by the stratification of rocks of different hardness. Imprints of marine fossils, sea urchins, clams and other molluscs can also be found in several places in the limestone cliffs of the area.

It’s incredible what fits into this hike. All this a 12 and a half kilometer long hiking trail with 450-meter level difference and I haven’t even mentioned the gorgeous Pilis lookouts that pop up during the tour, where one just stands with their feet rooted to the ground and looks at the landscape stretching before their eyes. Also recommended for children.

The starting point of the round trip, Pilisborosjenő can be reached relatively quickly from the capital city by public transport. At the northwestern end of the village we find the national blue tour sign and from here all we have to do is follow the blue in the direction of the tower.

The first interesting attraction is the Teve rock on the edge of a small field or meadow. The spectacular rock formation rises in front of us from an abandoned dolomite mine and from a certain angle it really looks like a fossilized dromedary. Once we have found the camel’s head and hump, we continue walking along the path that marks the blue bike path.

After 60-80 meters we turn left and go down an unmarked, wide, gravel road; we arrive to the set of the Egri Castle. The film entitled Egri Csillagok was played here in 1968.  It was directed by Zoltán Várkonyi and based on a novel written by Géza Gárdonyi.

Headed in the direction of Pilisszentkereszt-Dobogókő from Pomáz, a main road leading to the left can easily be reached from the motorway, which leads down to the parking lot of the gorge valley (N47 41.090 E18 55.187).  Here a resting place, a larger meadow and a fireplace is waiting for us where we have the opportunity to cook.

The longest river in Pilis flows in the Dera Gorge not far from Pilisszentkereszt, which, in the course of time has carved a gorge-like, steep valley. The word "dera" itself means gap. This apt name was once given to the river and thus to the gorge by the Serbs living in Pomáz. The river formed a 1-1.5-kilometer-deep, steep gorge here. Stones rubbed as smooth as glass break the surface of the river.The Dera races along the riverbed with a loud ripple until it finally flows into the Danube below Szentendre.

The renovations of the M3 metro line will continue

"Yoga in Daily Life" – system The science of body, mind, consciousness and soul

A new sports center is going to be opened soon just a few corners away from Bank Center.